Can you love math? That's exactly what the "Matheliebe" exhibition set out to prove. The traveling exhibition from Liechtenstein was hosted at the MAINS from October 27, 2017, and was originally scheduled to run until the beginning of April 2018, but due to its popularity, it was extended until August 31, 2018.

"Matheliebe" allowed visitors to approach the subject in an unbiased and playful way, thus discovering their love of mathematics. Instead of formulas, visitors were lead on an interactive voyage of discovery into the exciting world of mathematics with many stations to try out, animations, plus hands-on models and geometric objects. Examples from everyday life made it possible to immerse oneself in the fascinating cosmos of numbers and to discover answers to fundamental and common questions.

The project was initiated and implemented by former math teacher Georg Schierscher, whose experience showed him that traditional teaching methods do not ignite the fire for mathematics in students. Therefore, Schierscher focused on the human senses because they are the sustenance of thinking. Mathematics should be vivid, aesthetic and suitable for everyday use. The exhibition was designed following this premise and divided into eight thematic areas: Growth and Form, Delicate – Fractal – Dynamic, Tracking Engineers, Bonanza, And Once Again, Archimedes, Having an Edge, Mirror, Mirror on the Wall... and 3,000 Years of Mathematic’s History.

"Matheliebe”, October 27, 2017 to August 31, 2018, Heidelberg MAINS, initiated by Georg Schierscher, with support of the Government of the Principality of Liechtenstein. 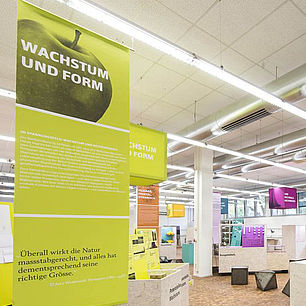 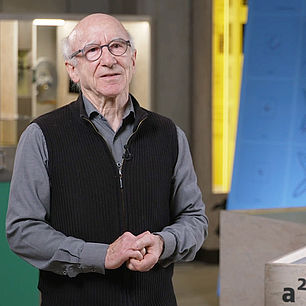